Personal Humidor
Bestellung & Versand
Actions
About us
You are here:HomepageShopPipesPipesVauenZeppelin 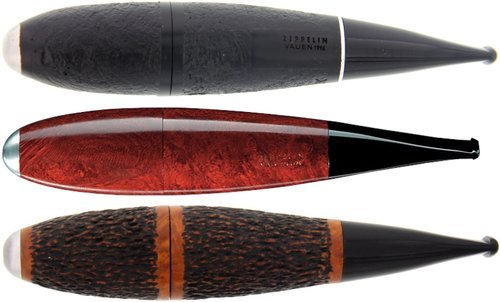 Vauen Zeppelin pipes are a replica from smoking instruments made in the 1920's and are delivered with leather casing. They once where made to be smoked on zeppeline airships which where filled with flammable gas.

Once filled and tamped no embers or ash can fall outside. There were officially the only pipes allowed on airships. Those pipes are lighted from the metal covered top which has a hole to the inside.

They are filled from the the screwable middle, and should be filled with rather fine cut tobacco.

The shape connects with its name - a "Zeppelin-Shape". Made with acrylic mouthpiece for 9mm filters.