Personal Humidor
Bestellung & Versand
Actions
About us
You are here:HomepageShopCigarsPanamaBalboaVintage 2000 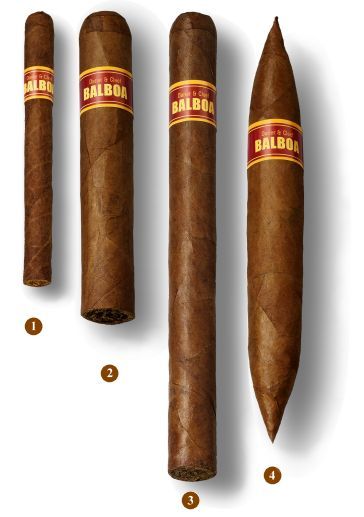 Panama, 1881 - a country of white Caribbean beaches, tropical fever swamps and fertile high-lying valleys – a fascinating place full of adventure and challenge. It is here, at the narrowest part of the American continent, that the Atlantic and Pacific Oceans are separated by just 55 kilometres of land. Indeed, because of its location, it only took Panama a few decades from being discovered in 1501 to develop into the most important centre for moving people and goods to Europe from Asia and the west coast of America.

As the capacity of the trans-Panama railway, which had existed since 1855, became unable to keep up with the increasing volume of goods, the French decided to begin building the Panama Canal. And it was at this time that the Frenchman Alfons Darier and the Belgian nobleman Jean van Cleef decided to take advantage of Panama's favourable geological position to found the country's first cigar- making factory. Named after the Spanish seafarer who discovered Panama, Vasco Nuñez de BALBOA, the cigars produced in the factory could be exported across the entire world. Indeed, in just 20 years the name Darier & Cleef had become synonymous with the finest Panama tobacco and a guarantee of exceptional quality.

Financial difficulties for the French canal construction company and increasing influence of North America, however, led French companies to leave Panama during the early part of the 20th century. The relinquishment of Tabacalera Darier & Cleef in 1904 served in drawing a line under the first chapter of these legendary cigars. While knowledge about the BALBOA ledged in Europe began to fade, tobacco farmers in Panama still talked about its history right up until the present day.

He was immediately struck by the exceptional quality of Panama tobacco with its heavy, well-seasoned aroma. Knowledge of this is all but none existent in Europe. With a real sense of enthusiasm for this prestige cigar, he decided to revive the legendary brand. In 2000 he began producing the BALBOA again according to traditional methods in Panama and Nicaragua. Thanks to his undiminishing passion for Panama and these cigars, BALBOA has once again become a symbol of irresistible perfection and a byword for exclusive enjoyment and pleasure.

Indeed, this very discerning cigar smoker has succeeded in bringing back something that had been lost to history - Panama's BALBOA: one of the world’s finest cigars.

The fertile earth of the famous Chiriquí province in north-western Panama and the warm moist sea climate of the region conspire to produce one of the world's best tobaccos. Just like 100 years ago, today only pure Panama tobacco is used to make BALBOA cigars. Because the tobacco is grown on small tobacco farms spread across a wide area and according to organic farming methods, only a few tons of this pure tobacco can be harvested each year. The very best leaves from each harvest are carefully chosen. And it is from this very high quality tobacco that BALBOA cigars get their unique taste.

BALBOA cigars are made 500 kilometres away to the north in Nicaragua. The cigars are made in Central America’s most traditional and famous cigar factory and are trusted only to the best and most experienced Torcedores. They draw on their traditional skills and perfect craftsmanship to create cigars that are timeless, aesthetically pleasing and of unparalleled quality.

Darier & Cleef attaches a great deal of importance to the fermentation process of the tobacco and allowing the cigars to mature. Because it is only when due care and attention is paid to these aspects that the different leaves can develop their fine aroma. The ligero, seco and volado tobaccos that make up the blend require a fermentation period of at least four years. For the binder leaves and the slightly oily wrapper leaves this process can take up to six years.

The final fermentation phase of BALBOA cigars, however, is carried out in Darier & Cleef’s storage cellars in Germany. Here they spend at least six months maturing in the perfectly controlled conditions found in Darier & Cleef's vaulted cellars. And it is during this time that they develop their complex and unforgettable flavour.

If the incredibly refined, heavy tropical Panama tobacco used endows BALBOA cigars with an unforgettable flavour, they are also very impressive to look at. Aesthetically you cannot fail to be pleased by them, to wonder at them. These cigars really do appeal to all your senses. And if the cigars are aesthetically appealing, so, too, are their wooden boxes made out of solid cedar wood. Every year only a few thousand carefully packaged and elegantly presented BALBOA cigars leave the maturing cellar in their individually numbered cedar-wood boxes.

By only using the finest raw materials and restricting the number of BALBOA cigars available, Darier & Cleef promises the very highest quality and a premium service for cigar lovers across the world.

The BALBOA cigar collection encompasses 4 classic sizes. Panama tobacco from different plantations is taken for each size and made into cigars according to a secret recipe. The different ground conditions at each plantation site lend the cigars their typical characteristics.

All BALBOA sizes carry the description “tripa-larga, totalmente a mano”, that is, that they are made entirely by hand and only from whole tobacco leaves.